Guido van Helten is an Australian Visual Artist and Photographer specialising in Street Art exploring community and identity generated through large scale Murals and Installations. Developing works through a focus on cultures in connections with their landscapes, Guido van Helten’s Art has been featured throughout Scandinavia, Europe, the US & Australia. Guido van Helten completed this Redfern piece in February 2015 referencing imagery related to the Aboriginal Legal Service which was established in Redfern in 1970. The image, which Guido van Helten sourced from the State Library of NSW, is from the Moree Aboriginal Legal Aid Childcare program

Take our Redfern (South) & Redfern (North) Self-Guided Walks or check out all of Redfern’s Galleries, Cafes/Bars, Street Art and Sites 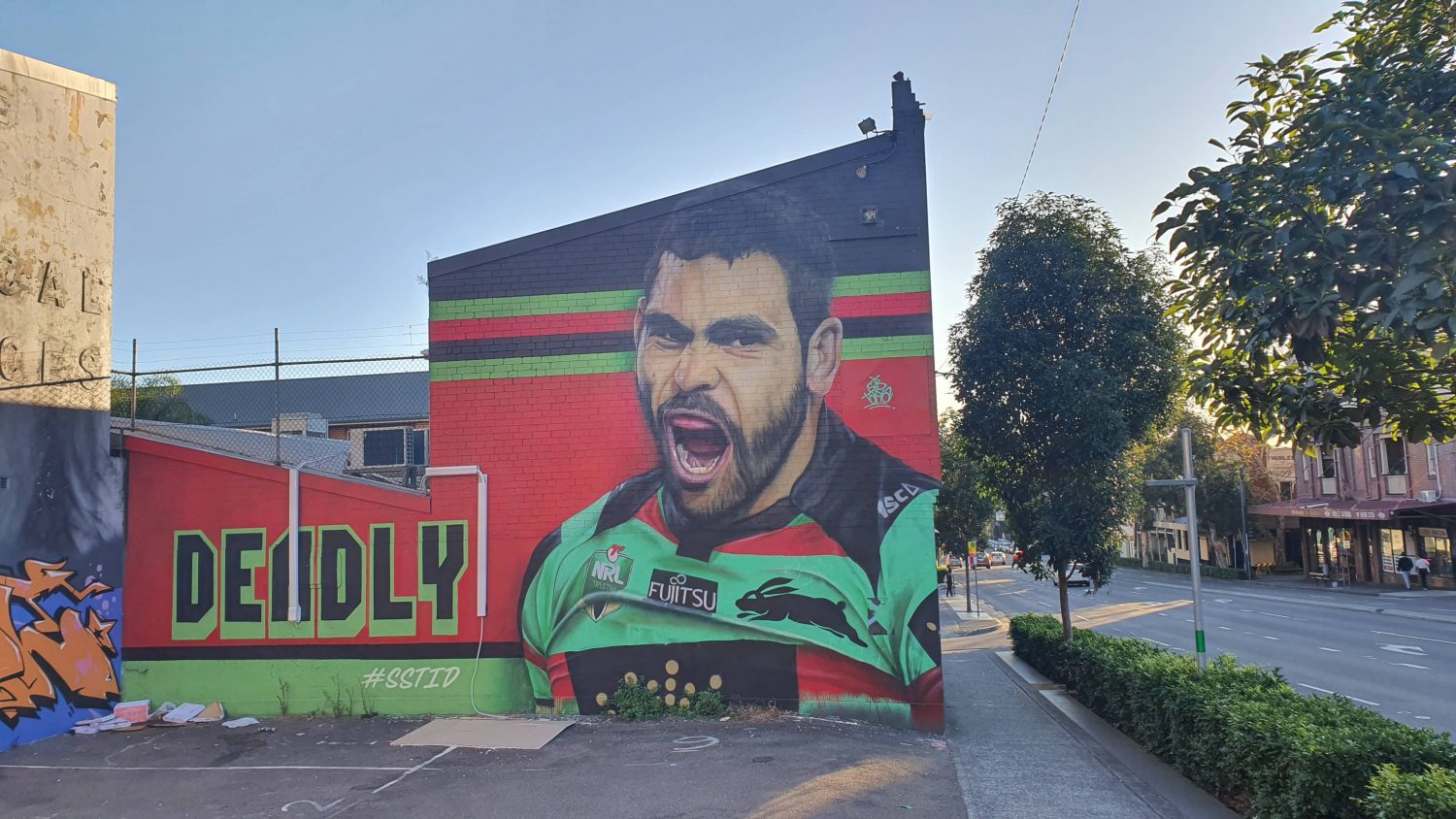 With You Studio’s ‘With Solace’ Lights up COMA

‘With Solace’ by With You Studio; Indulging in a Daydream at COMA Gallery, Darlinghurst