‘Promise’ (2016) & “Women’s Honour” (2019) by Ox King & Brad Robson were commissioned as part of Sydney Inner West Council’s Perfect Match project; head around the corner for Alex Lehours’ ‘The Devine Within’

“A site specific work inspired by Eliza Emily Donnithorne, a 19th Century resident of Camperdown Lodge, corner Georgina Street and King Street, Newtown. Eliza was social elite and her wedding was to be a gala occasion. The banquet was laid out. Onlookers, coaches and guests assembled to escort Eliza to her wedding at St Stephen’s Church”

“But the groom never arrived. Eliza retreated to isolation, insisting that her house remain ready for the arrival of her beloved. The door to the house remained ajar and Eliza could be seen awaiting her fiancee’s arrival. The wedding table was never cleared and she remained in her wedding dress until she died in 1886”

“Eliza’s grave is in the graveyard at St Stephen’s Church. It is said that Eliza inspired Charles Dickens to create Ms Havisham in his famous novel, Great Expectations”

“When asked to paint portraits of notable women from the local area, I was moved to discover the 2019 Women’s Honour Roll. These women were chosen by peers to celebrate empowerment, equality, social justice and inclusion”

“I felt portraits had to be vibrant, commanding and full of life; just as the women within their communities. Collectively, they are a reminder of the people who work tirelessly and fearlessly to help others in need. The brightly coloured arrangements represent diversity and oneness”

Portraits are of Uppma Verdi and Barbara Ramjan. In December 2019, the Artist will add portraits of Rosemary Hegner and Barbara Spears”

OX King is a Sydney-based, UK born Painter and Illustrator working between his studio and Sydney streets. Ox King employs psychedelic pop colours to contrast dark humour and a combination of ambiguous text and imagery to explore addiction, junk food and advertising 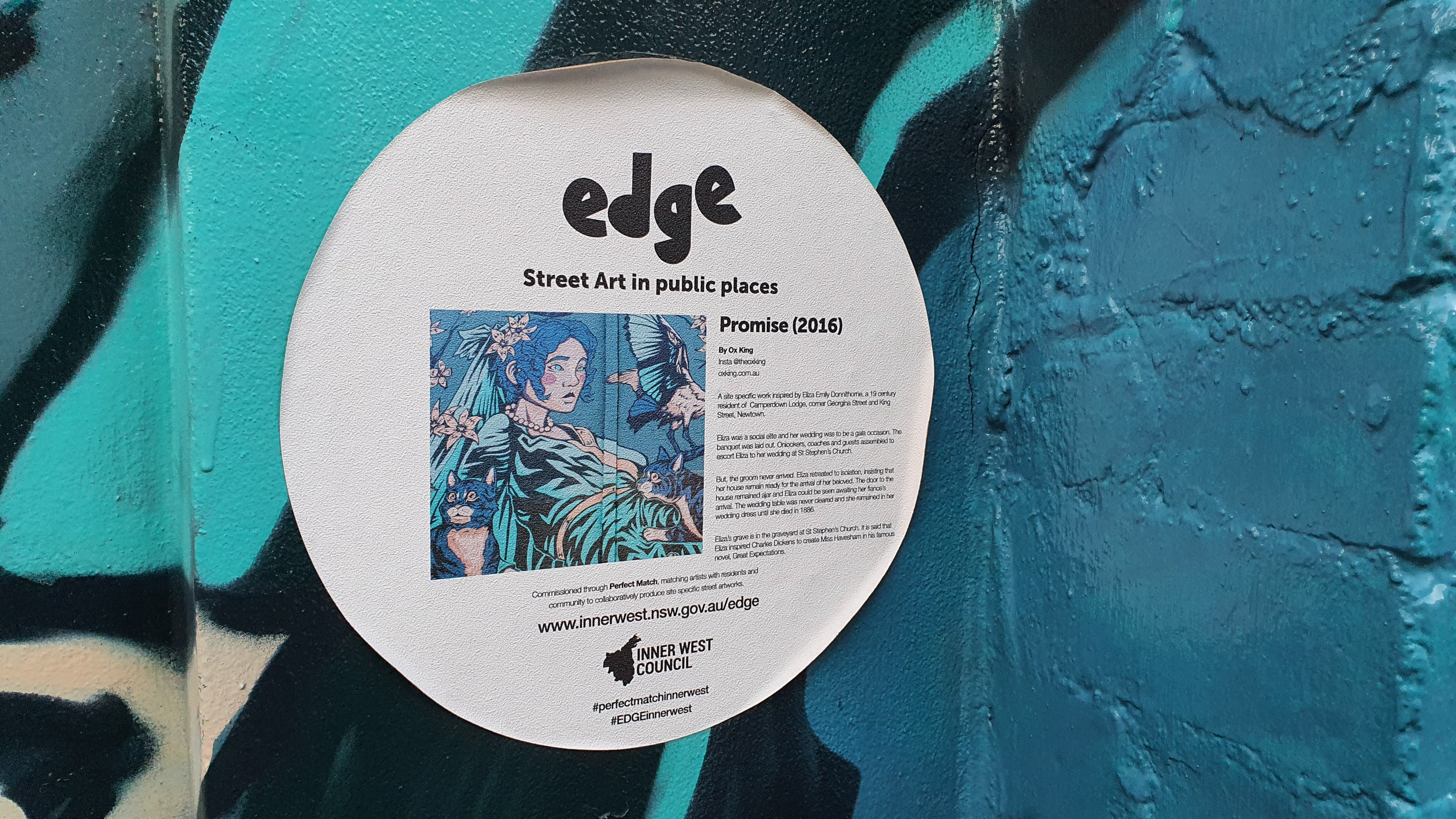 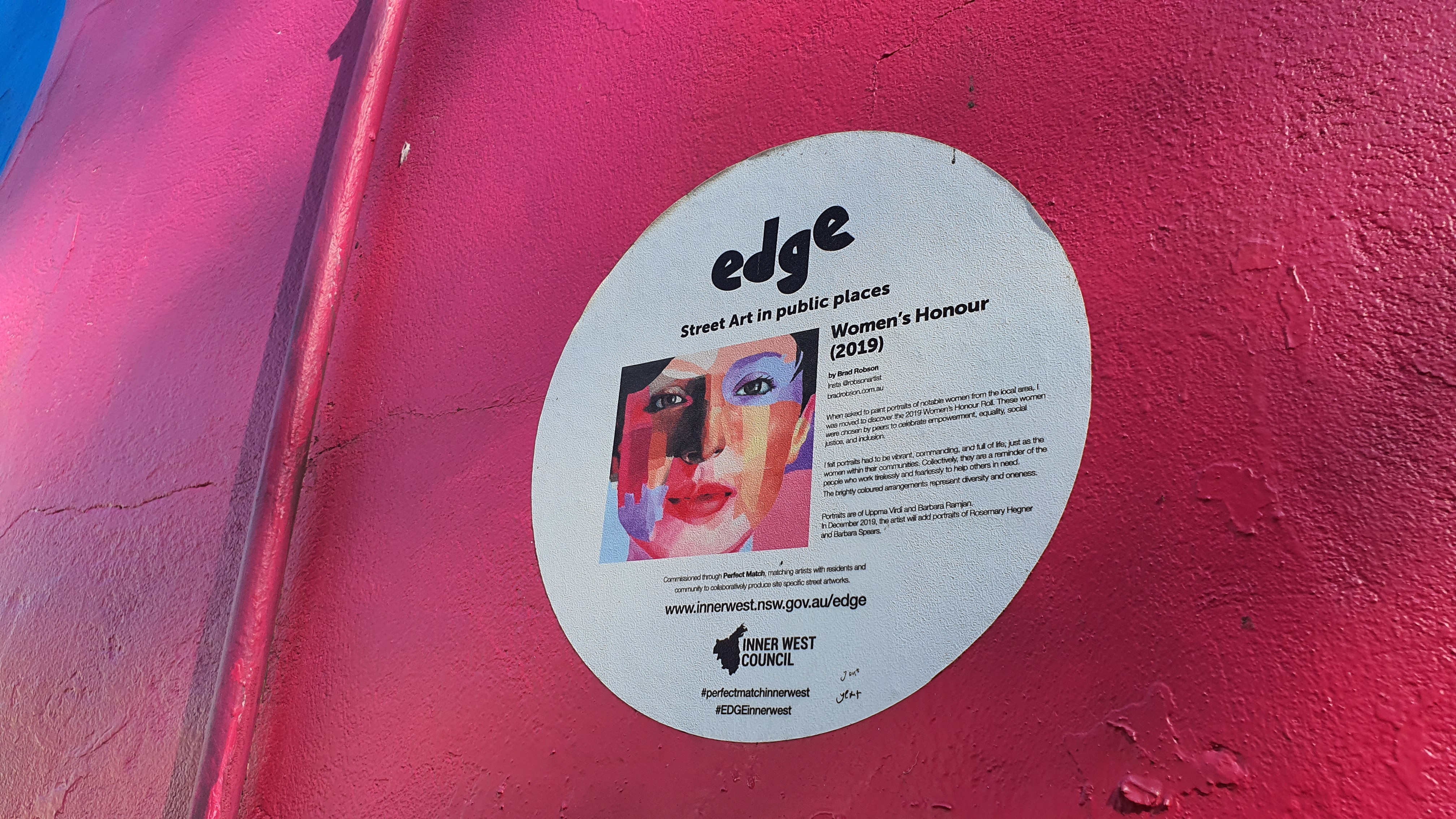 Eden and the Willow Shifts Horizons in Newtown