Amok Island’s large-scale, towering Murals can be found in a cluster in Surry Hills including on Lacey Street which is very close to a 2017 Amok Island piece over on Little Collins Street

Sophia Street’s ‘Koala,’ commissioned by Canva in December 2019, is Amok Island’s response to witnessing the fire season’s effects on wildlife en route to Sydney from Perth; urging donations to the Rural Fire Service and for Australian politicians to take immediate action on climate change 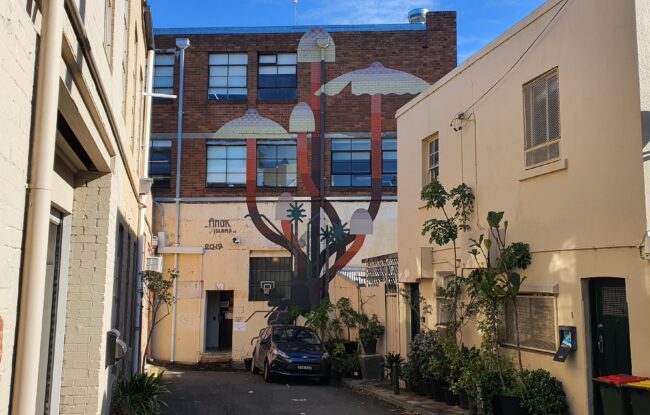